Writing Prompt Battle Between An Archmage and a Shadow Assasin

A practice for running an action scene. A battle Between an battle archmage and a shadow assasin(same lvl of archmage but diff skill set. Your imagination is the limit.) Occurs in a castle strong enough to withstand both their attacks.

Who will win and who will die? How will you deliver this scene?

No idea what the shadow assassin would do.

Sent Here To Piss You All Off

To me, the victor would be depending on the location. Forest? Shadow Assassin. Wide open space? Archmage. Inside a building? Debatable. But if I was an Archmage...I would never pick a fight during nighttime hours unless I prepared the location beforehand AND ALSO was in a position to ambush said Shadow Assassin. To be honest, I see a Shadow Assassin most likely winning this one if they are both veteran masters in their art. Assassins would be skilled at closing the distance quickly and quietly while a typical Archmage would be powerless in close range. And since many Archmages wield pretty powerful spells, they wouldn't be able to use them in a close range altercation without killing themselves in the process.

Shadow Assassin? You mean this? The only way for the Assassin to win against the Archmage is to spam their poison cloud and hope the Archmage has not enough antidote. The Archmage countered everything else in their arsenal. The class is built for surprise attack, not open combat. The battle is over if the Shadow Assassin can't win on the first hit.

Archmage literally just powerful class than normal mage
Shadow assasin again just assasin in shadow related field specialty.
If supreme mage (who can connect with other dimension) used aoe hardly enemy could be alive, not mentioning assasin who normally had a low def.
If assasin used his specialy silent night, killing when the mage don't even notice him (sleep, fighting other) you could make a surprise attack. Assasin sole existence was to killing without being notice, I would rather use sniper

In my opinion, the Archmage would win. Even though both of the class is a glass cannon (High Attack, Low Health/Defense), Mage should have a shield that can block one-hit from the Assassin. So even though the Assassin got the first attack, a sure win is a hard thing. While the mage must have a spell that rooted the movement of the Assassin and If the assassin got caught, basically the next thing He found is a bunch of Big Spell getting threw at his face.

Awesome ideas. Consider our archmage a mixed bag. Melee and spell capable. The shadow assasin literally grafts shadows to serve him. Like kagebunshin. He hides in the shadows until he's quite sure. Of course, that's his opinion.

I really love those scenes. I can now imagine it in my head. The skill silent night defeans the archmage might be a good idea. Like a spider in web, watching it's prey.

Quick respawn 1v1 until one of them gets a 25 kill streak. Then we'll know 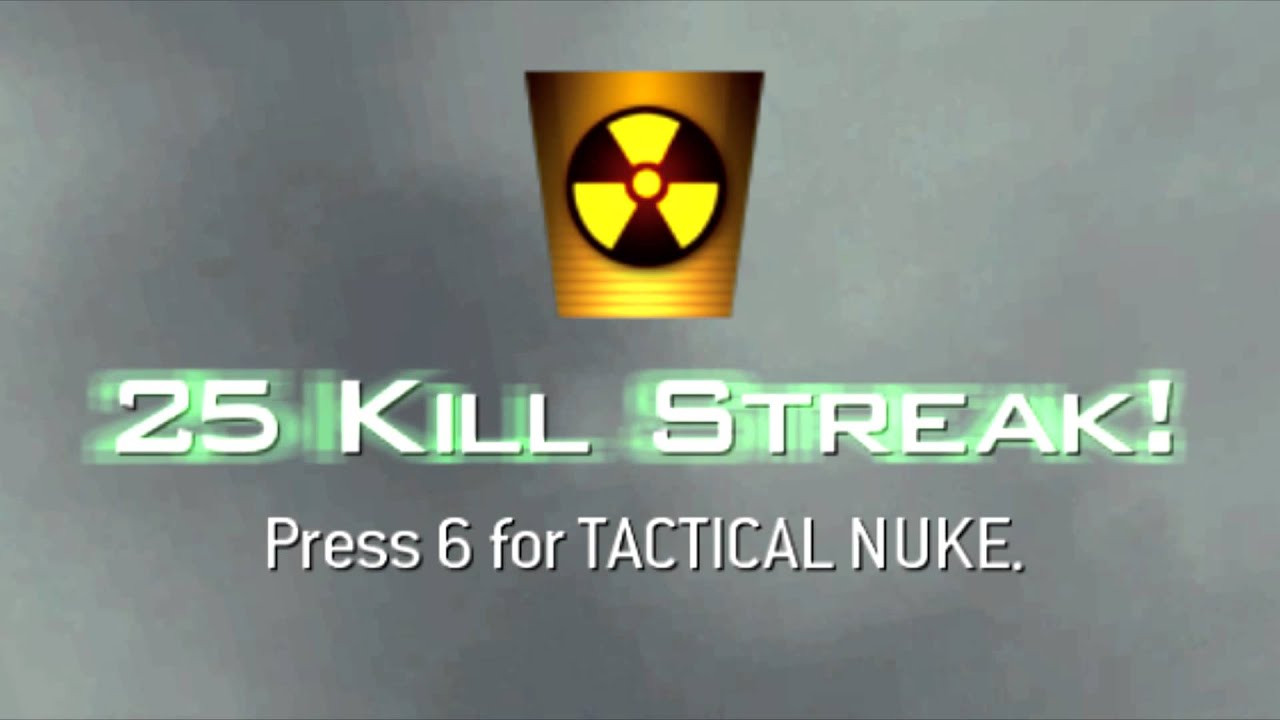 Shadow Assassin. I can't stop myself from thinking about that character from Ninja Scroll.

Sent Here To Piss You All Off

BenJepheneT said:
Quick respawn 1v1 until one of them gets a 25 kill streak. Then we'll know

Figures there would be at least one person who mentioned some COD. Kinda surprised it was you actually.

Nahrenne said:
Mage casts a spell to emit tons of light so there are no shadows anywhere, then casts slow on the now visible shadow assassin.
Click to expand...

But... Was the Archmage ready for the white shadow? 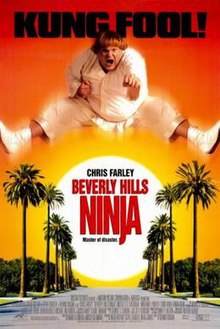 Terrible attempt but here we go pog. Also you’re probably asking for something else I just saw the story prompt tag.

Volska flew into the air, her enchanted cloak carrying her, chanting a light spell to get rid of shadows so the assassin would be unable to teleport behind her. I took in a panicked breath, knowing I could do nothing to help. The assassin threw a knife forcing Volska to dodge, highly experienced as she was she finished the chant and yelled “You have already been seen now you shall gleam!” Her voiced echoed with the power behind the spell.

The assassin quickly switched tactics and threw his... cloak? The cloak shrouded the killer in darkness, blotting out the artificial light emanating from him due Volska. This guy was equipped to deal with mages. He threw dust into the air that flew and put out candles all around us, and removing our sight.

Volska reacted and used her talisman of invincibility to block the knife strike that quickly met her throat.

She fell to the ground, her cloak’s mana leaving it. I knew the man had won, enchantments only disappear that fast when someone is dead. He knew it too, I heard a chuckle followed by a step in my direction. A voice said “Archmage Volska? That was likely the easiest kill in my career! I thought she was ‘special’!”The steps continued and were right in front of me in the darkness. I almost comically raised my wand before it was battered away by a hand. Then I saw a flash and was knocked over by the body of the assassin.

My teacher, The Archmage of deception, said “let’s get those candles lit and get back to our lesson shall we?” I smiled before replying “you really didn’t try did you”.
“Of course not dearie, even I couldn’t kill me if I stabbed myself in the heart!”

Hold on to your butts. You ready for this?

Scene starts in the evil archmage's tower. He's sitting on a throne, or some sort of chair, dressed in ornate crimson robes. All the sudden, boom, attack from the shadows that launches a dagger landing right next to the archmage's head. He turns to look and its already gone. Shadow assassin comes from against the wall, perfectly camouflaged.

But wait. The archmage raises his hand, almost with the flick of his wrist and an explosion blasts the assassin back.

This sort of thing goes on for a few more exchanges and we reach the halfway point of the scene and that's when you find out the friggen twist. It turns out that the "shadow assassin" was actually an archmage himself. He used magic to disguise himself in illusions, move in illusions, and use magic to replicate techniques that look like an assassin's (magic daggers, etc.)

Now its archmage vs. evil archmage. The good guy, who came in dressed as an assassin use an anti magic spell or a seal to stop the evil archmage from casting spell. Oh but what's that? It doesn't work. The evil archmage is still creating explosions, dodging spells with magic alacrity.

And that's when it hits the good mage: this guy isn't a mage at all. It turns out that the shadow assassin came in the night before, slew the evil archmage, took his seat, and dressed like him. He used his tools and skill to immitate magic, just like how the archmage used his magic to sneak into the tower and imitate and assassin.

Third act twist. Dark archmage faked his death. Comes back at the tail end of the fight and kills the winner. Evil Archmage wins.

Empress of the Four Corners of the World

No idea what the shadow assassin would do.

"I know your skill set, Emil. I know it all too well. One by one, our Bishops have fallen to your hand. Today that ends. [Miniature Sun!]" With a wave of his hand, the archmage created a burning sphere of spinning, blind light.

No shadows remained under his will. No place to hide, or to use [Shadow Leap]. But plenty of room for Emil to cross the distance between them. He spun the daggers in his hand.

"I know your next thought. Our class has basically no armor." The Archmage waved again, casting, "[Greater Arcane Armour.]" and a shimmering armor of plate magic manifested around him. It reflected off the miniature sun, a shining, gleaming representation of his power.

"What kind of [Assassin] do you think I am? Do you think I don't have an armor penetration skills?" the assassin tilted his head to the side.

The old Archmage's face twisted into a frown in response. "[Levitation.] [Greater Mana Fortress.]" As he spoke he began to float in the air, a powerful bubble of mana flickering in the air around him before coalescing into a perfect sphere of burning mana. "Since you came, don't think about leaving!"

The mage waved his arms again, spikes ripping through the ground around them, dripping caustic acid that fell from every point, burning the floor.

"Impressive." The assassin said, standing awkwardly off to one side, having narrowly avoided an erupting spike. "You ruined your foyer in a single spell. It would've taken me at least two to do that."

The Archmage's face contorted into one of anger, tired of the assassins quipping. "[Greater Frostwave!]" he incanted, the world freezing around him. "[Endless Storm!]"

Lightning tore away from the Archmages palm, burning the air and flying towards the assassin.

"Is that all you have? Flashy, but no substance."

The Archmage jerked at this voice beside his ear. it sounded like the assassin, but--

He looked down. The assassin was gone, leaving nothing but a scorchmark.

He looked back. There the assassin was, laying inside of his mana bubble. Eating one of the apples he kept on his table in his foyer-- when had he--

That was his last thought before the knife entered his throat. His hands flew to it, his own blood choking him to death.+