How do you guys feel about superheroes? Do you like them?

What are some of your favorite super-stories, and why?

What are some things about the genre you don't like?

A curious author wants to know. 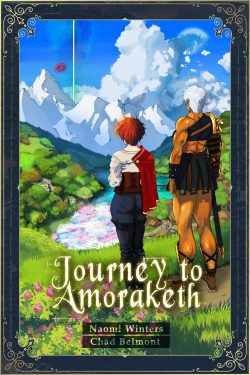 I like Deadshot and Deadpool...
That's kind of superheroes that I like, and the other meh..not my cup of tea

Same as NotYourTypicalMAN, I enjoy the likes of Deadshot, Deathstroke, Deadpool, Spider-Man, Venom. In other words more the edgy/eccentric superheroes.

I hate the likes of Captain Marvel where they're given an immeasurable amount of power to be undeserving and unlikable.

I like super, though I'm iffy on the "heroes" part.

If it's me, my favourite supers are Daredevil, Miles Morale, Deadpool, the cast of Watchmen, Batman, Judge Dredd (if you wanna be lenient on how super is super), among many others.

Whether they're heroes or not depends on your interpretation of the story, unless it's blatantly putting them on a pedestal like the early Superman comics.

I think the reason I hate heroes like Superman or Capt America because as I grow up, I found the world isn't that bright. There's some fucked up people in there, there's no one to help you, even the police or security. There's no prince in the white armor.

In other words, my disappointment toward society makes me puke every time I see someone act like a hero. But that doesn't make me hate them. I really amazed by REAL PEOPLE who stand up even when there're so many people called him/her HYPOCRITE so yeah, kudos to all of them.

I don't know...I love superhero stories, but I love the villains more. Especially the Joker.

I'm more a fan of the morally gray supper heroes or really just ones that aren't one note pure good kinds of people. I really appreciate a hero that has to think on their actions and isn't just some model of lawful good who doesn't even think on the reasons behind the actions of criminals, acting as though they're some manifestation of evil or some crap.

Edit: also on a another note; OP superheroes get super boring super fast(pun intended). It kind of ruins the story when you realize the hero literally can't lose, and no having a kryptonite doesn't make it any better if anything it make it worse and is essentially insulting the readers intelligence like they had to make it this obvious or you wouldn't get it. Anyway second rant over.
Last edited: Wednesday at 12:31 PM

I tend to gravitate more towards the more eccentric heroes like Deadpool too. It just feels like they have way more personality than the cardboard cutout "good" superheroes like Superman or Captain America.

I like nearly everything about (super)heroes, especially when they're written well. As in: there's a message to be read when we watch their stories unfold, a message of morality, perseverance, suffering, kindness... humanity.

Good guys, bad guys and anti-somethings (anti-villains, anti-heroes), I like all ends of the spectrum which doesn't mean I always agree with them. I used to go with the flow of edgy, "the world is unfair", "the weak are eaten by the strong" incelly trashbags who always seem to spout the same nonsense: joker is right, superman is boring, and, perhaps worst of all, batman works alone.

Now that I've grown some more and cut myself of cancerous thoughts I've realized that a majority of folk seem to like/dislike supercharacters based off superficial things, especially because their only sources are freaking Hollywood movies. Not to look down on those fans, I was one of them and enjoyed myself quite a lot in that fandom sphere, but (racist, elitist, homophobic, islamophobic, sexist) Hollywood should NEVER be your only source when it comes to things you're ready to debate about at length and with heart. Unfortunately, that is what happens.

Comics have their fair share of problems (see the terms I listed above before 'Hollywood') but there's a LOT of not-so-hidden gems! Too bad they're less accessible than manga because they keep changing authors, artists, and character origins/backstories/personalities/etc (the leader board at Comics central should each get a good bitchslap just for making us fans go through all that research).

Now on to some of my faves and why:


Conclusion: it's all about the message for me, the hidden meaning, the subtext, the essence. Leave the flashy bullshit for kids.
Last edited: Wednesday at 10:03 AM

I like all of them actually. Even those cheesy corny ones. I have no disdain for these heroes even after being exposed to the real world and not falling under the illusion that the world is like those in fiction.

Still, if they give off a message then I'm alright with that. Nowadays I'm just focusing more on the anti-heroes like Constantine, Ghost Rider, and Dpooly

I am only in for the action and "action".

I actually end up disliking the franchise solely because I am standing in the view of bystanders, I can actually feel MCU Zola's pain as collaterals hurt a lot, especially when it is your loved ones.

And the fact that superheroes are only as good as their villains means that the selfish villain (comic books ones, not IRLs) are there just because someone is there to play with them.

All in all, I can respect JLU's Wally West (the Flash) as he is shown trying to genuinely help people, even his supposed nemesis.

I'm in the dislike the goody too shoes camp, I loathe the 'I'm so good I can make others see the error of their ways' crap. but I don't like the enforced edginess types that came around in the 90's.
I utterly despise most main Dc movie, excepting the keaton and nolan batmans. I did like phoenix's joker, absolutely hated that they shoehorned a Wayne connection into it.

one of my favorite movies has to be unbreakable. Favorite series has to be either Netflix's Jessica jones (gotta love David Tennant) or Daredevil (Fisk was brilliantly cast).
B

I guess I'm not that huge of super heroes, seeing as I don't watch any of the movies. Beyond just watching other people just talk about it online.

Really don't care how much or little they choose to reflect reality. They can choose to be really realistic if that's the story they want to write, but it's not really a big deal to me. Messages are fine, but these days I'm not really looking forward to hearing what the writers think I should be believe in.

Honestly, considering the people on this forum, classical superheroes are not for them at all.

I guess this isn't really just limited to superhero stories, at least not for me. But that's really all superhero stories are to me. A genre with traits the define it and expectations from the fans that enjoy them.

Honestly, unless it's Kamen Rider or magical girls/boys/other, I hate them.

Not for any edgy reason - just because something about their aesthetic makes me want to stab my eyes out.
B

I like the show The Boys, I greatly dislike superman.
I guess I just like things done grittily.

ArcanePunkster said:
I enjoy the likes of Deadshot, Deathstroke, Deadpool, Spider-Man, Venom. In other words more the edgy/eccentric superheroes.
Click to expand...

What do you like about those guys? The irreverence? The humor? The ruthlessness? All of the above?

Is there anything you can think of that would make a character like Deadpool more interesting?


Moonpearl said:
something about their aesthetic makes me want to stab my eyes out.
Click to expand...

Could you put your finger on what it is? Is it the capes and spandex, maybe?

ultraman ? is that superheroes ? if yes, thats my answer.

Chad_B said:
Could you put your finger on what it is? Is it the capes and spandex, maybe?
Click to expand...

That, and also everything else. The way they get their powers and treat them, the way they are in day-to-day life...

I hate the lack of magic, I guess? I'd rather have someone whose power's purpose was being a hero from the get-go than someone who sewed themselves a suit and are just going out and winging it.

It's harder to believe in a hero like that, I guess.

Chad_B said:
What do you like about those guys? The irreverence? The humor? The ruthlessness? All of the above?

Is there anything you can think of that would make a character like Deadpool more interesting?

Could you put your finger on what it is? Is it the capes and spandex, maybe?

Possibly because of humor and how "realistic" one deals with their problems, "realistic" as in going xianxia or CN MC.