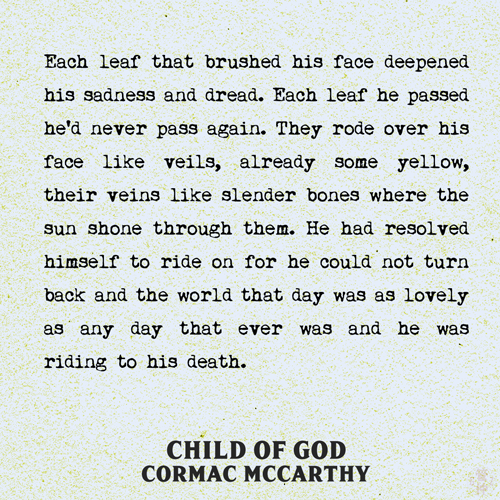 Sorry it's in pic form, but I had already made this and was too lazy to type it out..

"They're sharing a drink they call loneliness, but it's better than drinking alone."

"Doctor, our insanity is not that we see people who aren't there, it's that we ignore the ones who are." - Andrea Gibson

"It's no measure of health to be well adjusted to a profoundly sick society." - Jiddu Krishnamurti (this was quoted by Andrea Gibson in one of their poems, and I only found out today it was by this person )

"Even a wet paint sign has to lie at some point." - my best friend one night when we were drunk.
G

" You know the dandelion flower? The one that scatters its seeds on the wind?

The wind carries those fluffy seeds far, far from where they were born. What if one of them ends up in a desert where not even a single blade of grass is growing? If you can imagine how that lone seed will feel... then you might be able to understand me.

That seed is still a baby flower. If it does its best, it can turn even a desert into a garden.

Maybe that little seed will decide to thrive. Maybe it will decide to grow and multiply, so that it can turn the whole desert into a field of dandelions.

What do you think can give it the strength to do so?

"People die if they are killed" -Shirou Emiya.
'The only ones who should kill, are those who are prepared to be killed." -Lelouche vi Britannia.
G

"Due to the grammatical open ended nature of the statement, and or Pinocchio's intent, different acts could happen. I earn an income now. Doesn't mean that I am earning an income in the moment, could mean that a decade ago, I didn't work or earn money, but I do, and have and will for the foreseeable future.

If Pinocchio is aware his nose tends to grow, and this is his intended use of the phrase, his nose wouldn't grow at that moment, as well as still technically be true. If Pinocchio's intent was more specifically in the moment... "My nose grows, now!" and his intent was deception because he knows the criteria for nose growth and knows this isn't it, then his nose would grow, even though factually, that is what happened. If Pinocchio was genuinely curious, with no intent to deceive or be utmost sincere, his nose would split into two and lil metal flesh crab men would pour out of the splinters of Pinocchio's nose and then they would devour him, and then seek refuge under the soil where they will wait until the time is right... "

"I once saw a man hanging from a cliff. The brink was crumbling under his fingers, and the only thing near enough to grasp was a tuft of grass, a few long blades with roots barely clinging to the rock. The only chance he had of climbing back up on the cliff. So he grabbed it. I've always wondered why he even bothered? He had to know it would pull free." ~ Asmodean from Wheel Of Time series.

"A computer once beat me in chess. But it was no match for me at kickboxing" ( No idea about author. Read it somewhere)

"If something smiles at you with far too many teeth, you should probably shoot it" (A novel I once read, can't remember author. Just remember laughing at how unexpected that line was)
Last edited: Aug 7, 2019

"In her form, this girl boldly wrote in her otherwise tidy handwriting, “a summoned hero in another world” on the first line, intended to signify her primary career of choice." ~Author of 25th Hero 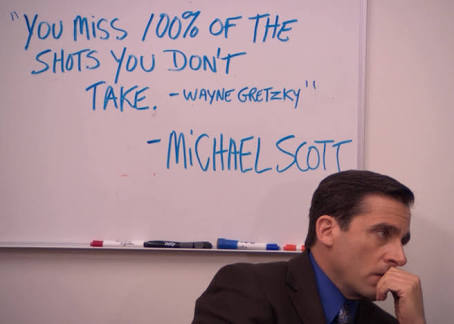 "Andherra chattenga, soorag niklega, kamal killega." which roughly translates to "The darkness will fade, the sun will shine and the lotus shall bloom." I forgot who said this but it's a nice quote nonetheless.
G

"Nah, sorry man, I don't think you're cut out for this." - the Academy of Fine Arts Vienna kicking out a random Jewish dude in 1908
T

"My dick has lead me places I wouldn't even go to with a gun."

"There’s this sense that there are all these ideas waving their hands at me and I don’t know if I’ll have time to get them out. What if I don’t get them out? That’s the main driver."

"Many that live deserve death. And some that die deserve life. Can you give it to them? Then do not be too eager to deal out death in judgement. For even the very wise cannot see all ends."
~J. R. R. Tolkien

"What doesn't kill you makes you stronger-" -J.F.K on the Limo