If you're interested in journeying with a female inside a bl world then, by all means read The Cannon Fodders Sect!

I'm writing a fantasy serial about a girl looking for her people on a mysterious island while war brews all around her.

I finished writing a fanfic that goes on after the ending of the "Girl's Last Tour' manga.
You can read it here: https://www.scribblehub.com/series/27646/girls-next-tour/

Here's mine If you'd like some BL~ Heavenly Soul It's set in an ancient cultivation world.

It has a cunning, sometimes mischievous and empathic MC, and an ML who helps him slowly break out of his trauma while making sure their relationship stays healthy. Also, a few side couples with their own dynamics and distinct personalities. There's some action, some scheming, and a lot of fluffy romance~ The main story is finished, and I'm now in the process of writing some really long extras for it.

This is actually my work and I hope people can read it.

It only has two chapters, and damn if I'd be happy if anyone were to read those.


In a world populated by anthropomorphic animals, with humans and ferals in between, power is the one thing that keeps society in check. Despite civilization, there is no ignoring one's animal instincts. The strong attracts the strong, and the strongest shall rule them all.

Rormund Academy - a prestigious school known for its exclusivity to only the one-percent of the one-percent. A place where only the richest and the smartest belong, and of course - the strongest. For anyone lucky enough have their ears graced by its name can only hope to walk through its exclusive gates.

Shiro the mixed wolf. Tall, quiet, and self-kept. He is the kind of a person to waddle through crowds unnoticed and is just as exclusive as water in a rainforest. He wouldn't be the last person people would expect to see him in Academy grounds - mostly because people won't even expect him.

Imagine the shock when the wealthiest and the brightest find this unnaturally ordinary wolf sullying their Academy halls. Questions raised and rumors spread - just who is this wolf?

And what's with the scars on his body?

Of the stuff I've published so far, my favorite is this: Heaven? It's a one-shot based on a silly idea.

The story that gets the most attention though is this one: Cultivating Change, which I actually consider trash because of how I write it:

Step 1: Lower my standards until I can write.

Step 3: Attempt to turn that into a coherent story.

It seems to have readers that like it though... so I guess I'll keep writing it.

www.scribblehub.com
it's a one shot, my tribute for retail workers.
There's other drafts but I am losing my faith in humanity as i browse my inspiration page, so i just stopped at chapter 1

Survival Mode is a bit odd and needs a little more love - it's technically an Actual Play of a solo isekai/world hopping ttrpg game I'm playing, but I'm writing it out as narrative fiction with game mechanic notes hidden under spoiler tags. The protagonists are five gamers from the real world who find themselves jumping from RPG scenario to RPG scenario, slowly growing more capable but learning that "adventuring" is really just plain awful.

Hero Historia is a historical superhero fiction anthology. Each arc takes place in a different era, with a different protagonist. Arc 1, Jericho Rising, is neolithic. Arc 2 will be set thousands of years later in ancient Mesopotamia. And so on and so forth.
K

I'm starting to wonder if anyone actually reads the stuff posted here.

Of course, I've read like 1 story out of all these

Wanna add another one to the tally?

At the Fields of Fire and Blood, a dark fantasy for fans of the soulsborne and Madoka Magica franchises.

Four Scions, people who entered contracts with powerful entities known as Archons, embark on a Pilgrimage through the nightmarish wonderland that is their dying world, with the intent to kill God.

Ah! You can always check my Novel ?! (no shameless promotion here, not at all)
It's all Fantasy, action here and there, a crazy world I'm still trying to understand, and a bit of slow growing BL romance.

Born a fatherless bastard, Nox ZaiWin has always been seen as a pariah by those around him. It doesn’t matter how hard he has tried to make a name for himself, excelling both in combat and military strategy, climbing all the way to his present position as Calzai by sheer hard work and persistence.
His only goal? To be left alone so he can govern over his poor, ravaged Province in peace.
And so, yeah, the last thing he wanted, was to become some Celestial’s Chosen One.
And is that even a Celestial? Hasn’t the brat just murdered more than one-hundred of his men with a single scream? Aren’t Celestials supposed to be holly, pure beings, that abhor all forms of death and killing?
No other choice! No matter how sinful it may be, the brat must die.
Snow has lived most of his life locked in a dark room, explored and sold for his miraculous blood. There are a lot of things he does not understand about the outside world. But one thing is certain. He does not want to have anything to do with some scary dark monster. He wants to be free! And he’ll do whatever it takes to reach his goal.
And yet … Shit! Aren’t they stuck together now? Their life-lines intertwined?
Wait! If the dark monster wants him dead, that’s easy enough to solve. All he has to do is to successfully kill him first! 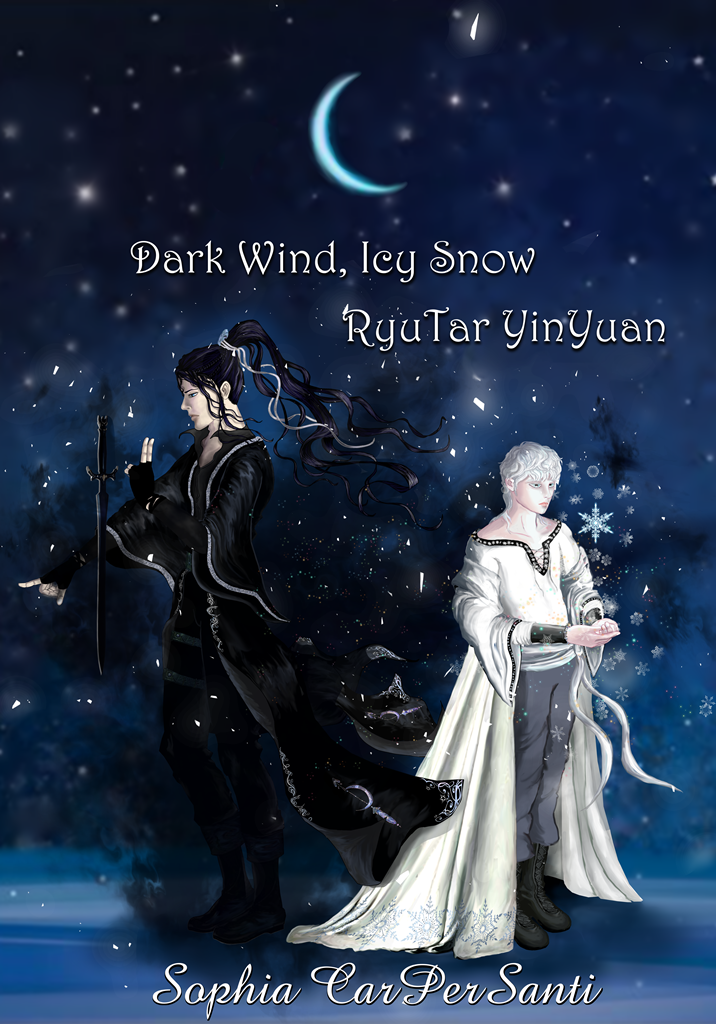 What would you do if you found an ancient spaceship?

Michael Freeman is a disabled veteran that had just been fired from his mind-numbing cubicle job, which caused his opportunistic girlfriend to dump him. Now, he only wanted to spend some time in his grandfather’s mountain cabin, to unwind. Away from the drudgery of daily life and with a cold beer in his hands.
Standing in his way is an ancient spaceship with an emotional AI, nanites that have invaded his body, an international crime syndicate, suicidal FBI agent on a vigilante mission, Islamic terrorists… and that is just the beginning.
What can one man do when faced with insurmountable odds? Call it quits? Or… call some of his old army buddies and blow those obstacles to smithereens.
Can he become more than he ever dreamed, reaching further than any man before? Staying under the radar of the powers that be, while righting a few wrongs of the modern world.
He is sure of three things:
1. He really doesn’t want to follow the rules anymore… anyone’s, but his own.
2. Space is the ultimate frontier, and he had been given a turnkey technology to reach it—if they let him.
3. Those that want to hurt him and the people he cares about—will rue the day they were born.

You do not always get what you wish for… sometimes, you get one hell of a lot more.

Hi, I hope you will take a chance on my novel.

The Harbingers of Death | Scribble Hub

Synopsis:
Those who can do things scientifically impossible are called supernaturals. Among those who know about them, there maybe those who fear them, those who respect them or even those who want to kill them. That however doesn’t matter to the supernatural named Kais as he has and wants no connection with anything that might be related to the world of supernaturals. However, the day he meets a particular brown-haired youth, that would change and he who has tried to run away from the truth for many years will be forced to confront it.

The story is in its initial stage but I think there's enough material up for you to have a good time.

Well, here is mine if anyone cares.

Genre(s) : BL/Fantasy/Drama/Romance
Synopsis :
Abused and murdered by the hands of his princely bonded, Yuer of the Ayaseen clan is given the chance to go back in time and exact revenge on the very man who tormented him. Join Yuer in his journey of vendetta, self-rediscovery, emotional-healing and eventually, true love.