Is all this just a waste of time?

A Cloud Of Pure Spite And Eyes

Go on fiverr, advertise that you'll ghost write, have someone request something insane, write it, sell it, Repeat. Somewhere along the line you might luck into someone who actually publishes things and you can ghost write things for them for a while. Eventually get sick of all of it as you find you increasingly write stuff that the guy buying your work mangles beyond repair and you are glad you sold it so your name isn't attached to that steaming pile of nonsense. Learn to never ever look at what you write gets turned into. EVER.

If you have dreams of actually making any money at this, I think Amazon lets you self-publish or something. However, are you going to hire an architect who never built a house? Most people take years to train as something to get a job in a chosen field. So here's what you do, go on youtube, search for videos on how to write, watch them. Then write. at least 1k a day. Every day. I don't care what, just write. Make an actual book. Put it up here, or wherever and just write it off. A 'real' book is about 60k to 100k. So in 4 months, you should have a book done.

This first year is 'going to school'. If you can pump out four books, no matter how crappy, in a year, you have what it takes to do this for real. And you need that attitude because this is a goddamn numbers game. Most editors will take your work and rape it. I mean that. It will be raped. When I think about the first book I handed over to an editor, It was a horror when they finished. The critics MOCKED IT. The funny thing is, the few parts they liked were the parts the editor didn't rape.

I am not doing hyperbole here. The editor will pay you for your book and then have his way with it. Other books in the morning will be gathered around the corpse of your book while The Content Police draw a chalk outline around its violated body.

Writing for money SUCKS. Even if you get good at it, you will become rather bitter as you will discover that you are just a cog in a machine that is pumping out content like nobody's business. If you want to actual do this for money, you need to treat it like a job. Get at your computer and write 1000 words a day. 100 days later, take the result and edit it for the next 20 and then post it somewhere. Decide how bad you want that cash and how much your name/reputation is worth.

I gave up years ago. I did books for publish for an editor for a while, then I did ghost writing, then all the jobs I could find that paid anything were smut/romance/porn. Then I stopped. Finally got the bug to write again and now I'm doing it for the fun of it. After I get these first two out of the way, I'll gage how good I did then see about if I want to publish the next 8 in the series for money.

That's the other reason for pumping our four books. If any of them take off, people will want a sequel. The one that's popular, you make the next book based on that one. I'm sorry there is no easy way to do this. I'm basically starting over from scratch here, myself. I suspect I'll have to grind just as much as if I was starting from day one. That's just how it works. Nobody cares.

But there are oodles of places that need content. Yes, there are many content produces, but how many series on this site alone never got into the double digits are far as chapters are concerned? The editors want content that fits their guidelines and is CONSTANT. A steady flow. Someone who can churn out mediocre crap that the editor can customize to his current needs and meet a deadline will get the job over someone who is brilliant but erratic. Every editor is just a wanna be author who pays you to write for them so they don't have to grind. Learn to grind and eventually you'll find someone who goes, "Hey. Yeah. I'll give you 6 cents a word." You go 'Huzzah!' sell it, get your 600 dollars and then you can turn into the godfather.


"Look How They Massacred My Boy"​

And slowly, you come to realize
It's all as its should be
You can only do so much.....

i know of a small few western authors that posted novels on sites like wattpad and fictionpress that managed to get picked up for traditional publishing and ended up doing well. Then again, they are basically the exception rather than the rule.

So, it can be done but, i think, if you want to make a career out of it you'll struggle a lot, need a truckload of effort, determination and willingness to not give up as well as probably some good luck.

Find a job that can support you (without grinding you down) and work on novels as a hobby without pressuring yourself. Submit every chance you get, write different novels in different genres, do research on which publishers and agents might favor which genres. Eventually you might get lucky and find an agent who'd see the value in a draft you created and sign you on.
Last edited: Jan 14, 2022

Interesting thread. I hope it is helpful to those coming to it for advice.

I mean, I write for self actualization. I understand that for any skill to grow or mature, it takes multiple years of dedication, perhaps 5 or 10 years to become skilled at any one thing. Until then, writing is a hobby or a passion.

And yes, you can get paid to write, but then most likely you cannot choose the topic or the plot etc anymore.

That fly you can't swat.

WasatchWind said:
My plan all this time has been - write drafts for books I want to write on sites like this. Then I finish the first draft, do a couple revisions, then take the story off of the site. Then I try to get an editor to pick it up, and after trying a bunch of manuscripts with a bunch of publishers, hopefully get one to pick up my stories.

But I've just been informed by a professional editor that was on the Royal Road forums that if I finish even that first draft on one of these sites, it will likely mean that it can never be published. Even the first draft, in it's jagged messy form, that may look very different from the final product, is too similar, and therefore, voids first publishing rights. This means that any publisher has no interest in it, because they did not get the right to sell my story first, and as such they will have not interest in it.

I feel distraught. Many times I've wanted to just toss aside my writing. People IRL don't really care about my writing, and I haven't had much luck with keeping it contained in google docs (is even sharing it with those few strangers online voiding the rights as well?) but few people showed interest.

But when I posted on sites like these, I got actual feedback, people who actually were interested in my writing. I decided not to give up, and have been in a recent surge of creative fire.

Then reality had to smother it. I don't see much of a way forward. I don't want to ruin things for my readers, and I doubt most of them will be willing to jump on a more private method of reading. I don't think I'd have much will to write stuff that I believe to be utter crap without reader validation.

But according to this professional editor, publishers are stuck in the past where they think authors are still writing on typewriters, and thus find things like what I'm doing unacceptable.

I never wanted to be a fulltime professional author, but I saw it as something that was going to keep me going in life. I wanted to, in addition to a normal job, work towards that amazing goal of publishing a novel, even if it's just one. But now... I just kind of want to give up.

Some people might say that if I enjoy it, that's all that matters. But I enjoy it because I get to share it with people. If all I have is the dead end promise of maybe a handful of readers on these sites, that feels like a failure to me, even if they are passionate about my work. Keeping it private just makes me feel like some weird lunatic guy writing stories about mermaids and whatever fantasy nonsense pops into his head.

I just don't know what to do. Traditional publishing is sounding more difficult than I thought it was, and trying to shut me out, and self publishing feels like it will cause a traditional high fantasy novel like mine to be lost in the shuffle.

The professional editor suggested that I consult someone in the industry. I'm just a lost scared 23 year old child hiding in a man's body. I don't have any idea how to network with gigantic publishing industries. I barely know how to ask a girl out on a date.

Get isekai'd lol
Why don't start picking up your pen once again?

Self-publishing is the way to go now. From my experience, the ones who do well on RR and SH are those who keep a steady stream of content going out on the website, then self-publish whatever works they've completed and edited. They'll make additional sales from either Kindle Unlimited or going wide on Amazon(pros and cons to both). These days, traditional publishing feels like a bit of a scam. Many of them do not promote or help advertise your book. They just print it and expect you to do all the additional work unless you're a big-time established author.

UnratedX said:
Hi there, it looks like your novel is missing the Isekai and Smut tags. would you like some help with that?
Click to expand... 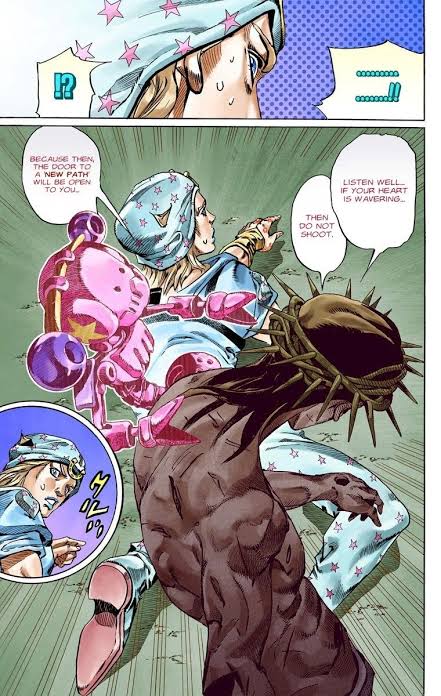