Ant does not like to keep drawings. Ant does doodle a fair bit. Ant mainly does anime drawings. Did Ant ever mention that he likes thighs?
A Chinese skill booklet for ant's novel cause he got too lazy to write a chapter. Bad ant! Ant will go back to writing cause ant should stop being a devi-ant.
Last edited: Jun 26, 2021

Lovely lovely lovely! Because important points have to be repeated
Last edited: Jun 22, 2021

Thank you for your compliments.
Ant's main issue most of the time is unclean lines. And does not use the layer tool enough and just draws overs his drafts. Ant has quite a few different arts buried underground somewhere.
Their proportions are kind of weird due to ant liking to do weird camera angles every time.
Ant does not mind drawing standard portrait pose view, but ant rarely tries to do it because ant feels it is boring.

Edit: @tiaf Ant recalls there was a point where you said you want to see a big-eyed loli. Ant can only offer a chibi loli with big eyes. Ant will sacrifice the rest of the chibis for fishie's cravings. Ant even drew fishie inside.
Last edited: Jun 22, 2021

Nice poses for the second one. I just looked at how to improve them for my drawings. It's nice seeing your method. Great stuff.

AlternativeAccount said:
Nice poses for the second one. I just looked at how to improve them for my drawings. It's nice seeing your method. Great stuff.
Click to expand...

Nice to know that you like these poses. These are all ax-wielding motions. Ant did not use any references and they are not really to true scale in ant's opinion. If any pose looks weird to you, you can try acting out the motion based on the guiding arrows. People are meant to be able to follow the pictures as this is the skill book that Ant's MC comprehends as his weapon art. All of the images are all movement images in ant's opinion, so there are like sequences. Ant has done some doodles on his computer so you can sort of see what ant means. This is what was written in Ant's novel by the way so Ant did not just draw the poses for no reason. Ant is by no means asking you to read the novel so he has already drawn the gist of it.
6 forms for 1 weapon art.

Ant mainly writes this just to say every single model is a pose but every couple is a sequence. Ant does not expect anyone to figure out the sequences, but some poses are not very viable for different art scenarios if anyone is thinking of using/adapting them. The sequence matters in this ant's opinion.
Last edited: Jun 22, 2021

Ant was sad that not many people like his kind. Let ant introduce you to his family.
Coming to your homes from the neighboring jungles!
It will be a big hit!!!
(Ant usually only draw lolis and teen girls so forgive ant if the proportions are a bit off) *Mods: Changed Kamitachi-jou's clothing from school uniform to casual wear and improved the figure.
Added catchphrase on Kamitachi-jou.
Added the title and caption.
Some other minor edits.

Well, that is enough of procrastinating. Time to actually write my novel. My artistic itch has been fulfilled. Or may a bug had bitten me.

I am starting to like this black and white art style. It has a semi-anime yet comic feel with the character dynamics. I was mainly just testing out my ability to draw different types of characters.
Last edited: Jun 23, 2021

Mysticant said:
Ant was sad that not many people like his kind. Let ant introduce you to his family.
Coming to your homes from the neighboring jungles!
It will be a big hit!!!
(Ant usually only draw lolis and teen girls so forgive ant if the proportions are a bit off)

Hehe, I was just doing this as a parody, to be honest. Imagine having to start writing with the colossal human attacking Wall Maria. All the insects were anguished. Now they start getting human powers to humanize themselves as they aim to reclaim what was truly theirs. (Attacking human settlements)

FLYMAN is a big fan of yours too. In everyone's hearts lies a hero.
It's a bird. It's a plane. No, it is an unkillable fly!

I came here to see ants

Instead I saw a very nice chibi chicken

Mysticant said:
Hehe, I was just doing this as a parody, to be honest.
Click to expand...

AW! But maybe I can make it? 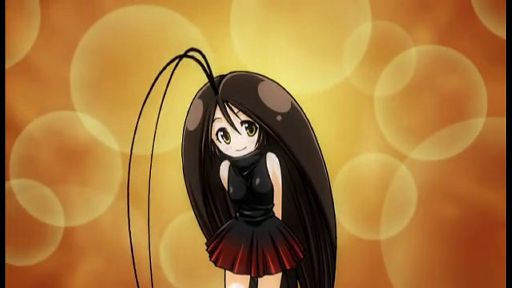 AlternativeAccount said:
AW! But maybe I can make it?

Sorry, I would still be doing this book. It is like one of my guilty pleasure books where my plot can go everywhere.
My cockroach girl has some similarities to gokicha. But it was mainly adapted from my comic series as a 8-year-old child where I created a cockroach that moved from dumpster to dumpster.
I would also feel kind of bad if I have people to write upon characters that I have already build names and persona upon.

I wouldn't have minded if it was a cleaner illustration concept sheet. For example, the sleeping dragon girl since I have no expectations and a writer can write any way they want to.

As long as it will eventually exists. I just like the concept enough to want it to exists. I trust you will give us their amazing adventures in the future.

Instead I saw a very nice chibi chicken

Chibi chickens are really worth it. Chibi cats are also another thing I like. This is my favorite chibi cat from mashiro iro symphony.

Ant does ant speed art. Well, ant's poor level of speed art at least. Took 3 hours. Ant wonders how fast people come up with a concept, draws stuff and colors. This novel is not just because ant likes to draw ahoges...okay maybe a little. No hypes, no fancy covers. Just a new title that comes from my favorite VN (which may get an anime soon, who knows). Will hopefully be writing this story which is the ending that I did not get but think the series deserved. Anyways, new picture I guess.


Synopsis?: Adapted from Summer Pockers VN by Key, a beginning and ending that was never made. A tale of a child from a single-parent family. A quest to discover the truth, and a mission to rewrite that summer. 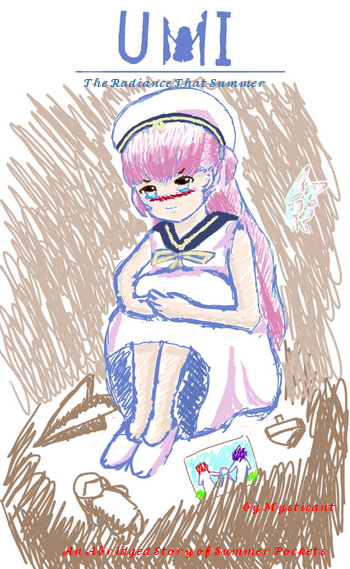 @Agentt found a key in the skeletons.

Mysticant said:
Chibi chickens are really worth it. Chibi cats are also another thing I like.
View attachment 8224
This is my favorite chibi cat from mashiro iro symphony.
Click to expand...

It was my first anime that I watched, which had a harem premise, but a one-person ending. It was quite bittersweet. And yes, the catto looks cute.

CadmarLegend said:
It was my first anime that I watched, which had a harem premise, but a one-person ending. It was quite bittersweet. And yes, the catto looks cute.
Click to expand...

Well it is a VN, so this was a specific route that was done in an anime. VN tend to have all girl routes and possibly a harem route, and the anime would focus on one. Just like Nagisa in Clannad and Afterstory.

Speed drawing for the new 12-year-old protag novel, I never knew 12-year-olds could draw this good. Nah, it is just me and I suck. Sadge. 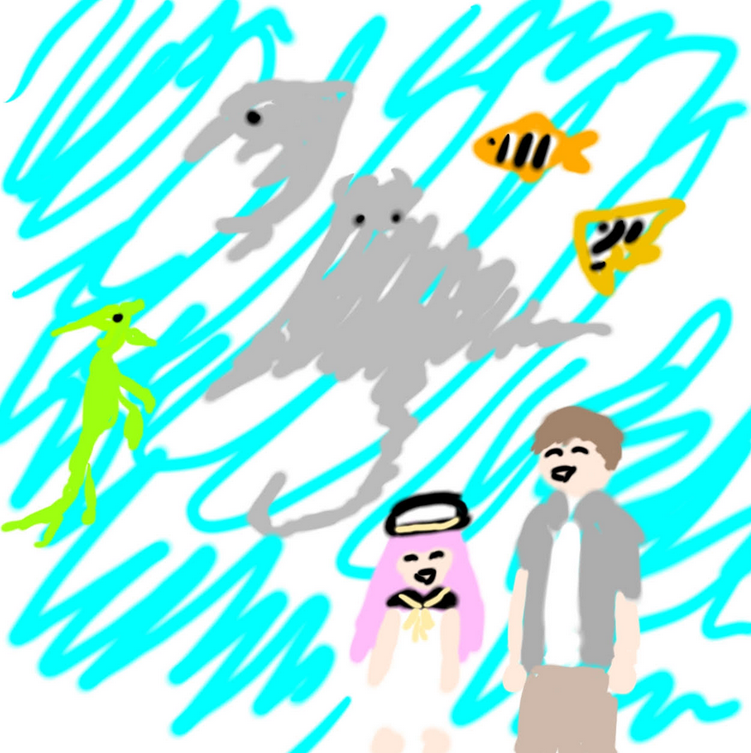 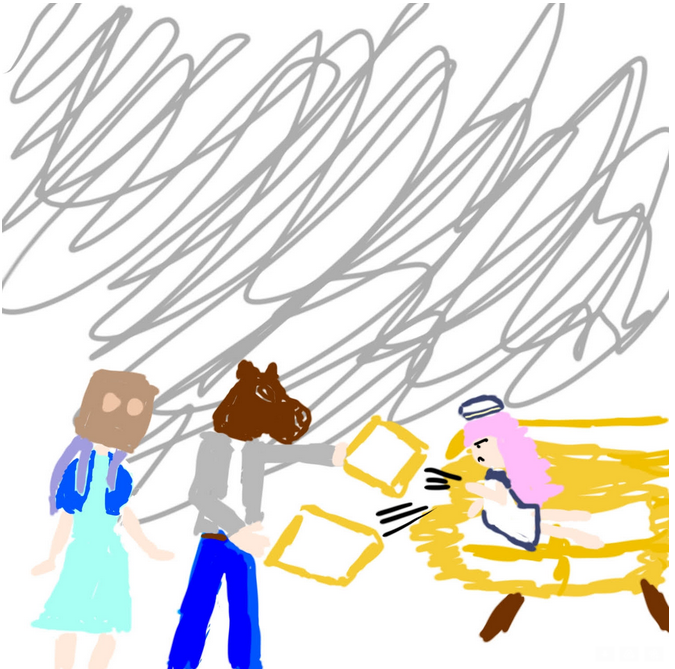 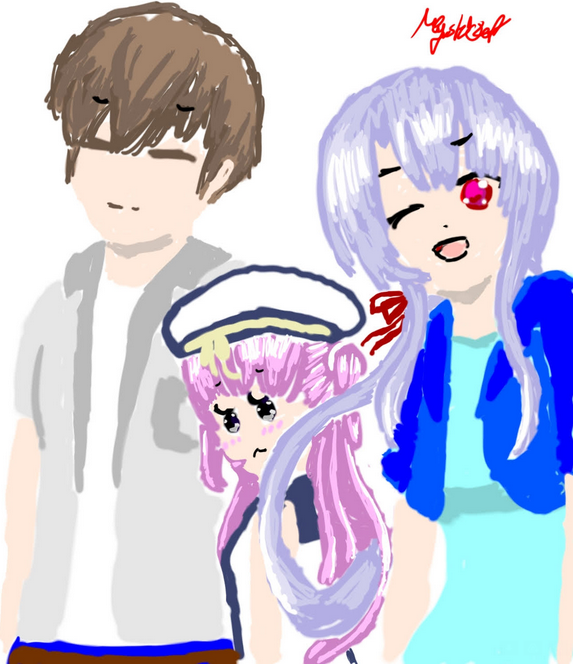