Everyone have to start somewhere. 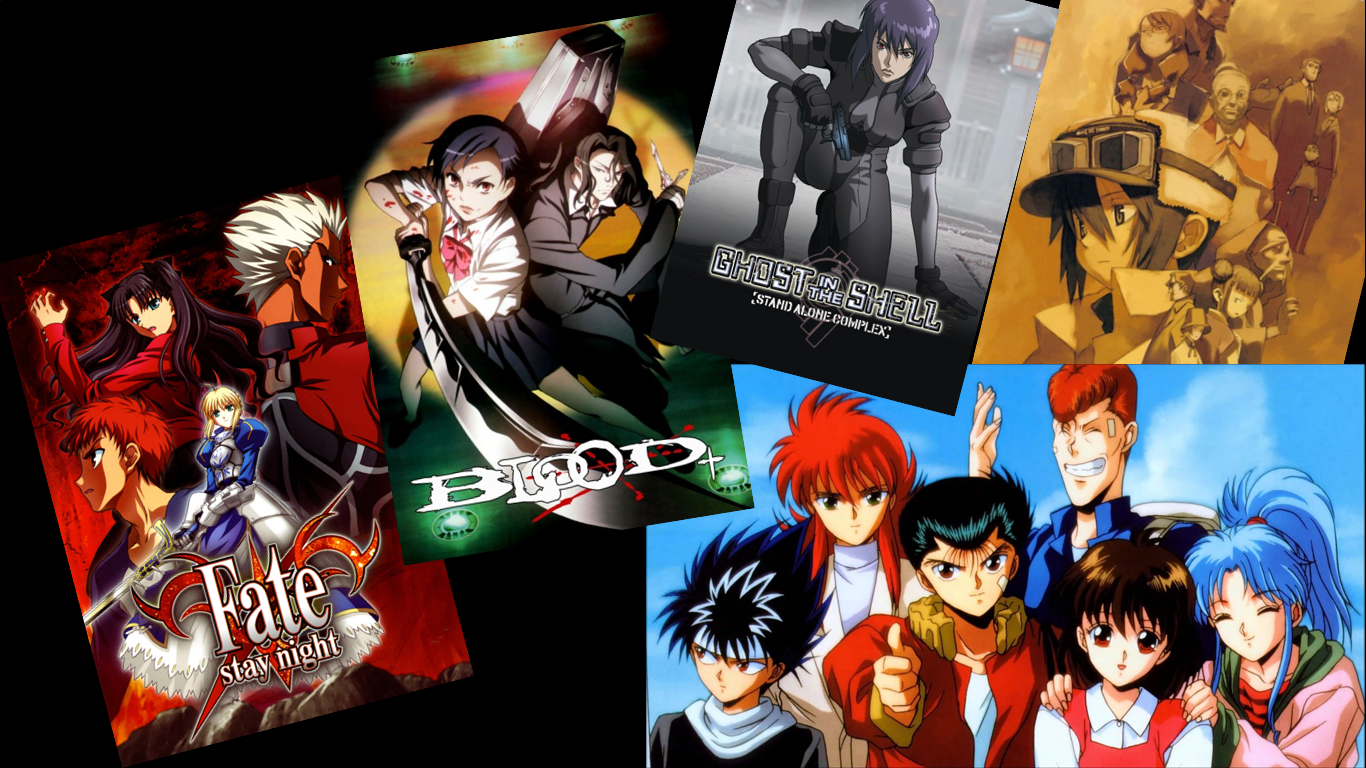 Technically I watched anime on TV during my childhood. So, the batch of Yu Yu Hakusho, Digimon, Pokemon, Shaman King, Yugioh, and whatever other toy commercial got aired on TV (Beyblade and similar shows)

However, the start of my actual weebdom, or taking anime quite seriously as a hobby came in 2010 with Bleach and K-on. Then Vampire Knight, Toradora, Shana, and Railgun around a year after. Full descent into weebdom came in 2012 with Accel World, SAO, and Madoka Magica.

Blood+ is also one of the first few shows I enjoyed. Helped open the way for modern supernatural stuff for me.

FFS I forgot about Gundam Wing.

Well i think that slayers,sailor moon,lost universe( i think that was the name of an anime with space ships).where ones of the first ever i can remember

Mine should be obvious.

K5Rakitan said:
Mine should be obvious.
Click to expand...

Ironically, I also have a friend irl who simps for Kaiba hard.

Me Milk, me smart.

A long time ago, dere was an ol random vhs with The Vision of Escaflowne.

Dan was random Sailor Moon n stuff on tv and dan after 14 y.o. me started watching whatever everything lika madlad cuz me could.

Didn't experience anime in one go like most did. It mostly came from wave to wave experience where every interval break, I did other hobbies.

First wave- watched all this on tv when I was younger
Fushigi yuugi, inuyasha, one piece, pokemon, the wallflower, doraemon, slam dunk, sailor moon and detective conan.

Break, I didn't watch other anime except from tv

Second wave- my brother started watching anime from internet so I decided to watch together with him.
Outbreak company, attack on titan, persona(forgot what specifically, we didn't finish it)

Break, still not interested to be a full on otaku

Third wave- I watched tv and one time I was watching, I saw 'is it wrong to try to pick up girls in a dungeon'. I missed the episodes from the channel I was watching at so I decided to search for it and became an semi-otaku in the process.
Knights of sidonia, is it wrong to try pick up girls from the dungeon, SAO, chobits, death march to the parallel world rhapsody and more...

Exist in the void

Me? I just started with some shonen ones

Fairy tail
Naruto
Bleach (it was better than the other ones)
Yu yu hakusho
Nura: rise of the yokai clan (my personal fav)
HxH
Space dandy

I kept hearing about this "Death Note" thing in youtube comments. Curiosity got the better of me.

Naruto, pokemon and dragon ball used to air on television. All three, for some reason, stopped broadcasting so I watched the episodes on youtube. This went on till 9th grade. In 9th grade, one of my class mate's elder brother had just joined college. In my country, it is normal for college boys to watch anime, as a sign of rebellion. It is also during this time they watch all american, Spanish and German shows. So, he liked death note a lot and recommended to his brother who reccomend it to me. After that I just kept googling shows like death note. Hence I entered an emo phase where I only watched dark anime like
Another
Corpse party
Mirai nikki
Full metal alchemist
Attack on titan
Death parade
C3
Dead man wonderland
Re zero
Then I was introduced to light hearted ones like
Senko San
Konusuba
Madoka magika

I remember when magical girls were all sweet and no bloodshed and misery. One of the first animes I've watched was Sugar Sugar Rune and the classic Voltes V.
D

Naruto then bleach were my first animes. Pretty cliche, but also titans of the anime industry as a whole.
D

Probably watched Doraemon as a kid, don't remember much of it. Yu-gi-oh and others possibly but haven't really thought of it as separate; just always thought of it as any other cartoons that are worthwhile to watch. Kids in elementary school started watching Naruto so that seemed intersting, but I didn't know how to access sites or even youtube at that time (new concept to me).

During high school I watched vocaloid songs and sometimes some anime that shown on Youtube. Found that InuYasha on youtube which is great (introduced by a dvd from library), then there was ouran high school, maid sama, and stuff. Sometimes will watch what my sibling watches; when my sibling watches anime, I sometimes just watch parts and when my mom watches cdramas, i too sometimes just watch parts.

Still, most things are if I come across it on YouTube. I don't actively go out of my way to watch anime, most times I would go on its wiki to learn the story's lore.

@Agentt found a key in the skeletons.

I watched that cat robot from the future.

Draconite said:
Me? I just started with some shonen ones

Fairy tail
Naruto
Bleach (it was better than the other ones)
Yu yu hakusho
Nura: rise of the yokai clan (my personal fav)
HxH
Space dandy
Click to expand...